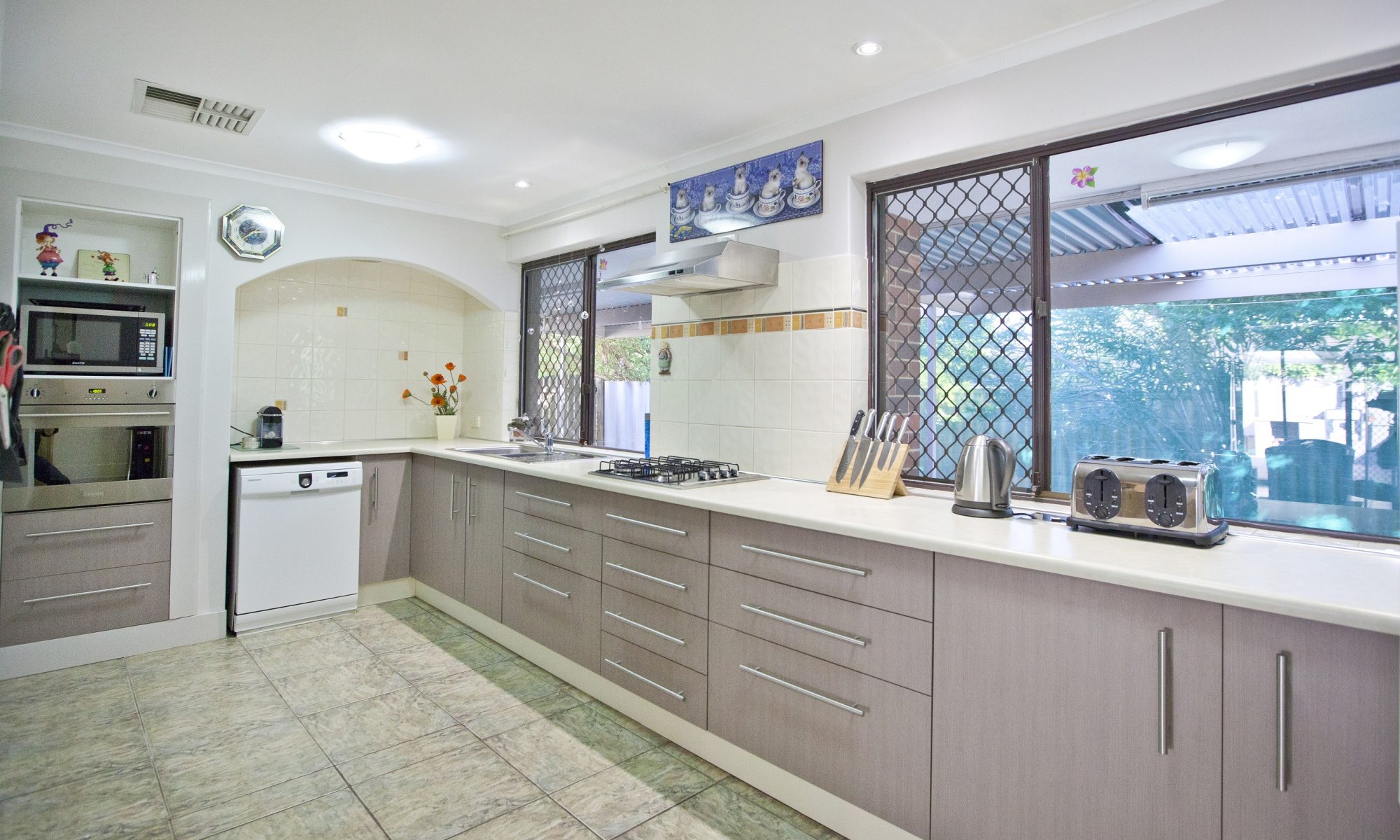 This was a 4 bedroom 2 bathroom house built in the early 1970’s.
Our brief was to bring it into the 21st century as inexpensively as possible without compromising on the quality. 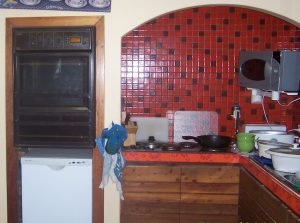 This kitchen almost hurt your eyes with the fluoro orange laminate and tiles, the old appliances and difficult to get in to cupboards. It was a small kitchen with a small dining room so we decided to demolish the dividing wall and make it a large open kitchen. To keep the costs down we kept the original windows and the floor tiles, they had only been laid 18 months previous. We took the tiles that would now be under the bench and used them to infill where the wall had been.

We chose new appliances, a rangehood and a stainless steel 1½ bowl sink with a mixer tap. The bench top was a light neutral colour with modern timber look laminate drawers and doors with nice stainless steel handles.
Even though there was a minor structural change this was a straightforward renovation. We had to replumb the gas for the new hotplate position and a small change in plumbing for the dishwasher. The most difficult job was the orange tiles behind the original hotplate. In the 70’s it was very common to lay tiles with cement/concrete this made it almost impossible to remove them without doing considerable damage to the wall. In the end we used a grinder and scored every tile so that there was no gloss left and laid the new wall tiles over them. Moving the microwave into the wall recess with the oven helped create a more open line of sight.

This kitchen was the first kitchen we used hidden, recessed into the bench power points. This was for the kettle and toaster and it meant there were no messy cords on the bench.

At the same time, we replaced some of the patio roof panels with opaque polycarbonate sheeting allowing natural light to flow into the once dark kitchen. 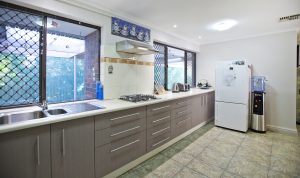 Is to help you create the property of your dreams..